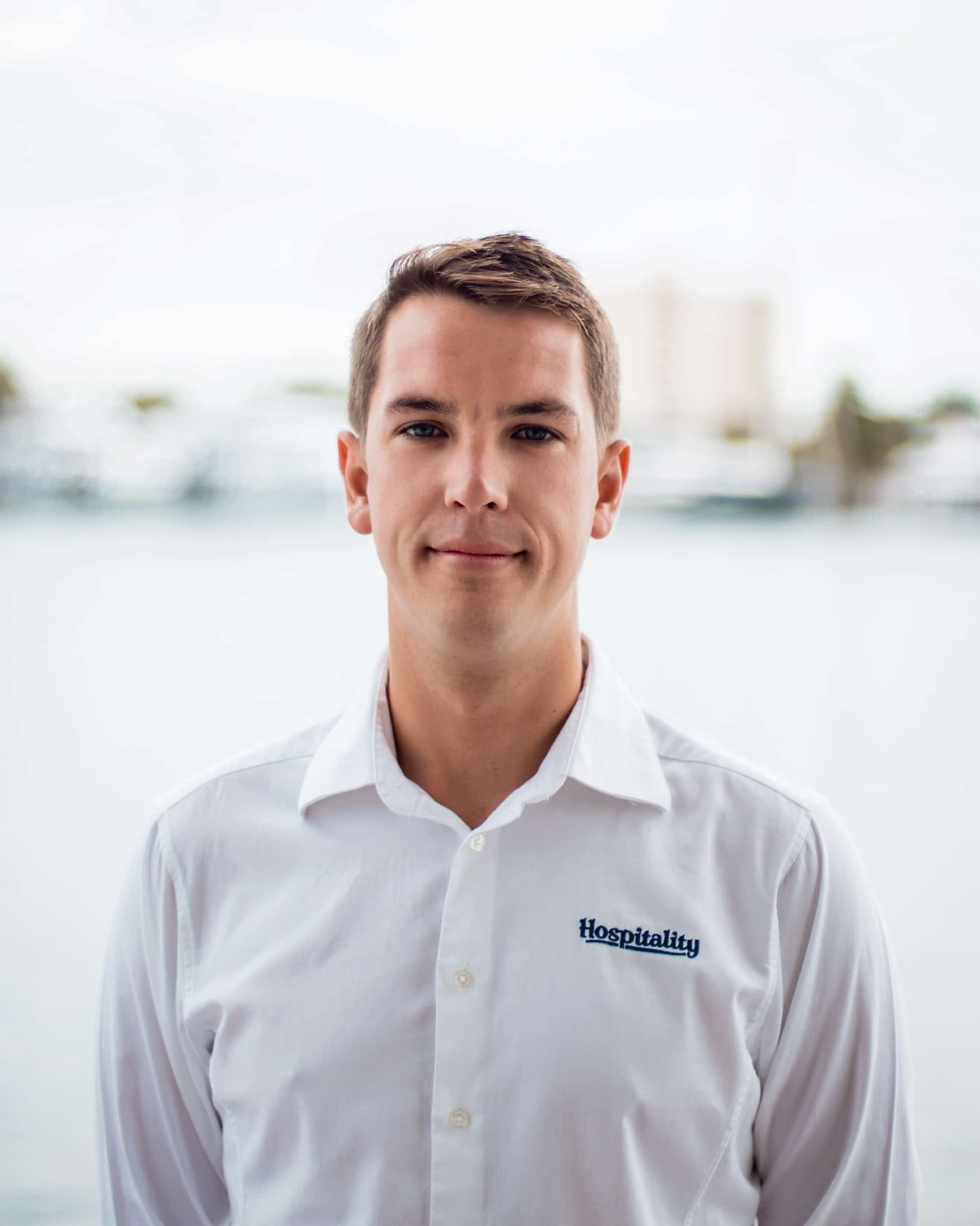 We were happy to announce the winner of this year’s John Percival Leadership Award at the 2019 Monaco Yacht Show.

Bosun Sam Brown was the worthy winner following his nomination by Deckhand Colleen Meehan. Here’s what Colleen had to say:

“I have had the pleasure of working under Sam for about a year, during which he has demonstrated countless times his natural ability to be a leader, teacher, and friend.

I think we can all agree that joining your first boat is not easy and starting out on deck as a green female is quite intimidating. As I sit here recollecting on all that I have learned and accomplished over the past year, I can’t help but think of all the meaningful moments that Sam motivated and pushed me to be stronger. Sam was not going to treat me any differently because I was a girl, he expected me to work just as hard, if not harder than anyone else on deck.

Sam encouraged and motivated me to go and get my USCG 100 ton license. He did this by teaching me about the bridge on our watches underway, teaching me what everything means in the log book, explaining to me the meaning of lights displayed by other vessels, and much more on navigation. Naturally, like most of my classmates, I was overwhelmed with the difficulty of the course. I came back to the boat frustrated with homework that I did not understand. Sam volunteered his own time to help me with my charts and explain my rules of the road questions. Before I knew it, I passed all the exams and can honestly say that I could not have done it without Sam.

I think that everyone comes across people that are their life coaches. Some could come and go faster than others, but each is meant to cross paths with you to bring you closer to finding your true self. I am extremely grateful for having the opportunity to work under Samuel Brown and believe that he deserves to be recognised for his greatness.”

On hearing the news that he had won the award, Sam told us:

“Since I was young I have been surrounded by great leaders, especially my father, who is a skipper on fishing vessels off the coast of Cornwall. Going on board with him since I can remember, I was able to watch the way he lead his team, through firm guidance and by giving people responsibility that made them proud of their work.

I tried to follow those same principles when I joined the yachting industry. I feel very lucky that I have had the chance to lead such great crew members like Colleen, who are keen to learn and take pride in their work.  What I have learned the most is if you can get them to care about what they do, they will do it to the best of their ability. It is finding their internal motivation and helping them bring it to the surface.”

A special mention goes to Captains Carol Benbrook and Matthew Rutterford. There were so many great nominations this year we found it very hard to choose our winner.

Carol was nominated by Pippa Nicholas, who told us: “Carol is the ultimate teaching machine, the pay it forward Captain, the ‘drills make us perfect’ person. All with a smile and a get-it-done attitude. The first there and the last to leave. Leader by example not because of four stripes.”

Matthew was nominated by Alan Vermeulen, who told us: “He is one of the best Captains I have worked for. He kept safety as a top priority, and passed knowledge on to any and all crew members patiently. Most importantly, he ensured that the atmosphere on board was always great, and I am yet to find a yacht with a better crew dynamic and professionalism.”

Captain John Percival was an ambassador for on-board training and encouraging investment in a vessel’s crew.

JPMA, the crew training centre he founded, aims to promote high standards in all levels of crew, in all departments, inspiring students to return to their vessel emboldened and ready to nurture junior crew.

In his memory, the John Percival Leadership Award was created, to reward crew members, at all levels, who personify that ideal. The award is now in its sixth year.

Email mate@hss.ac.uk explaining why a member of your crew (past or present) deserves to be the recipient of the 2019 John Percival Leadership Award.

The award will be presented during the 2019 Monaco Yacht Show, so please send your nomination by Friday 27th September.