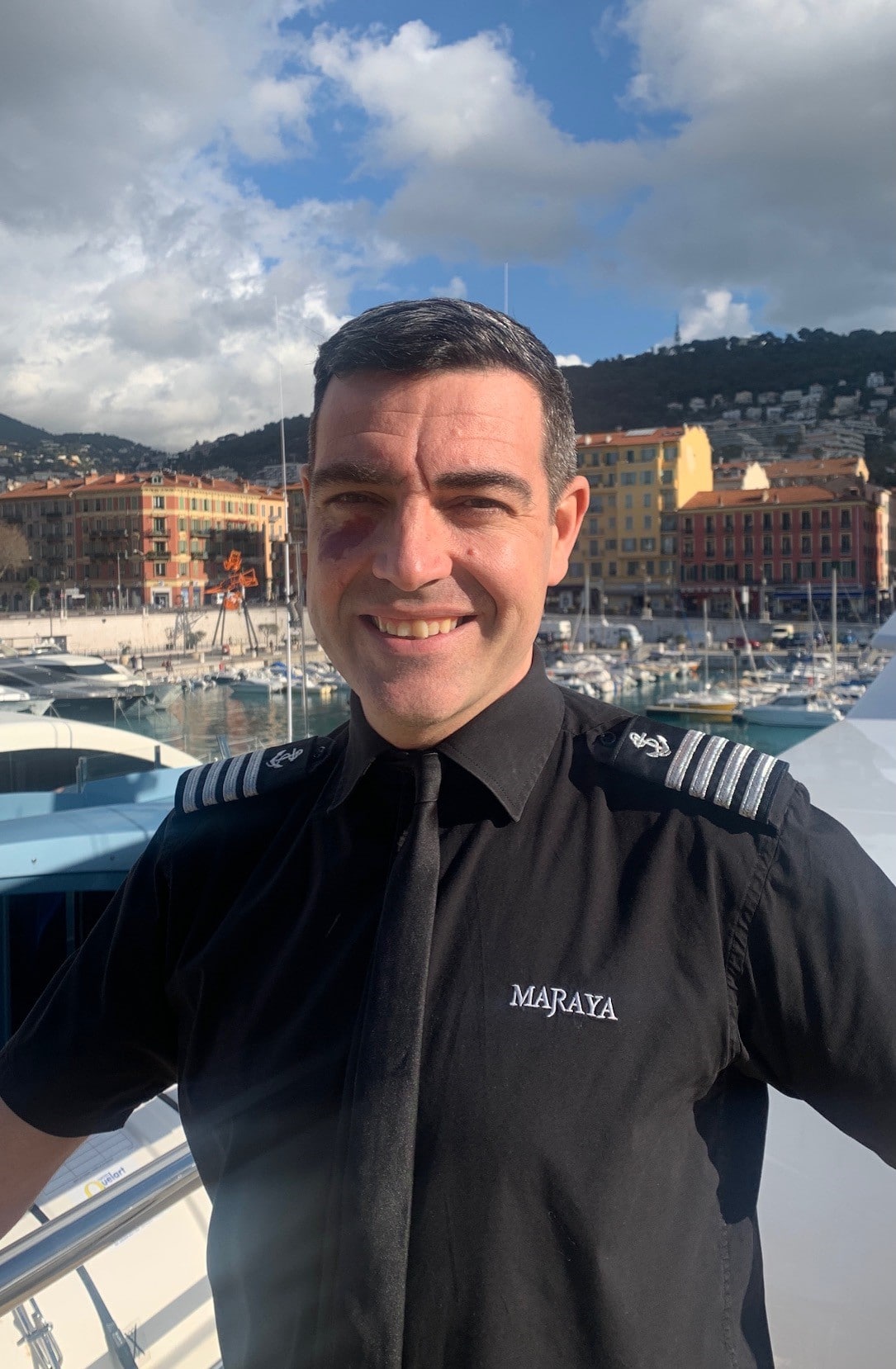 We are proud to announce the winner of John Percival Leadership Award for 2020.

Captain Robbie Fox was the worthy winner following his nomination by Jonny Carswell. Here’s what Jonny had to say:

“When I joined MY Maraya it was my first job on board a superyacht, and it is known that to get your first role is easier said than done, and it takes risk to employ someone with near to no experience but Robbie, as Captain, believed in me and this was a taste of how incredible he is.

10+ years in the industry, working on some of the most prestigious yachts but Robbie was never braggy or arrogant. He took pride in bringing the best out of the crew and especially me who struggled to learn the basics but he never shouted instead really took me under his wing and showed me the ropes.

There were times where we all found it hard, but Robbie made sure to always take us aside on our own and make a plan to resolve and learn from either our mistakes or upsets.

I’ve met a lot of people in my life but Robbie Fox is the best leader and role model I have ever met and for sure would not be the man I am today, and with his support my ambition to become a Captain is slowly but surely becoming a reality.

If anyone deserves this award it is him, because I can for sure vouch for all the crew that have worked with Robbie or know of him would agree. He showed me tender driving, safety and security drills, how to blow up an inflatable slide, which is an absolute pain but had many laughs. But the main thing he said to me “yachting can be fun, however safety is always paramount” from then on safety is always my number 1 priority and as I grow in my career I will follow that with my crew. It should be installed onto everyone from day one.”

On hearing the news that he had won the award, Robbie told us:

“What a lovely and unexpected honour.  Some incredibly kind words there from Jonny, whose generous praise is equalled only by his infectious good nature.

I was fortunate enough to actually meet John Percival on a couple of occasions.  It was inspiring for me to watch the way he passed on the kind of experience he had to his students and I was always struck by his drive to promote and encourage on board learning.

To be given a leadership award in his memory is a great feeling but it’s really just a testament to him and others like him that I’ve been lucky enough to work with and learn from in the past.

Though it can be difficult to imagine, even the most experienced leaders have been junior crew members at some point, and no one moves up the ranks without others sharing their knowledge along the way.  If it can be done as John did it -with humility and genuine encouragement- then all the better. I am only one of the countless seafarers he inspired.  If there were more like him the world would be a better place!”

Captain John Percival was an ambassador for on-board training and encouraging investment in a vessel’s crew.

JPMA, the crew training centre he founded, aims to promote high standards in all levels of crew, in all departments, inspiring students to return to their vessel emboldened and ready to nurture junior crew.

In his memory, the John Percival Leadership Award was created, to reward crew members, at all levels, who personify that ideal. The award is now in its seventh year.

Email mate@hss.ac.uk explaining why a member of your crew (past or present) deserves to be the recipient of the 2020 John Percival Leadership Award. 2020 has been a particularly difficult year for all of us – tell us who has inspired you in a world that is changing ever more quickly.